I'm always in the middle of the college courses I teach when the latest installment of "Insufferable" comes out so be sure to always check Thrillbent.com each Wednesday at noon. It's written by Mark Waid, line art by Peter Krause, lettering by Troy Peteri, colors by me, and FREE!

This week's installment introduces the wife to Nocturnus/mother to Galahad and how she fits into the story and their relationship. This is the game changer! 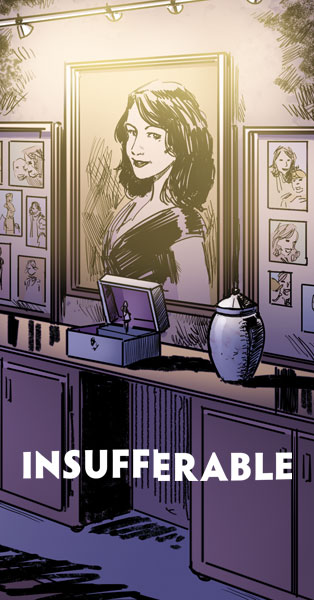 Posted by NolanWoodard at 10:06 PM No comments:

Originally this was going to be the 'B' cover but ended up the 'A'! The line art is by Kalman Andrasofszky and he was great to work with and had good and appreciative input when I colored this. Pretty damn happy how this turned out. Not sure I knew it was going to be the last issue when I colored it so am really happy it turned out as well as it did. 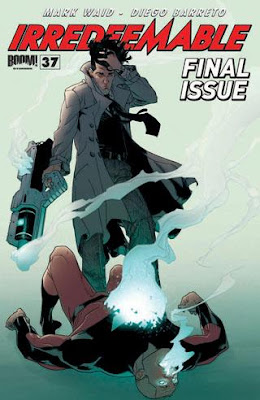 Roll over for original line art by Kalman Andrasofszky! 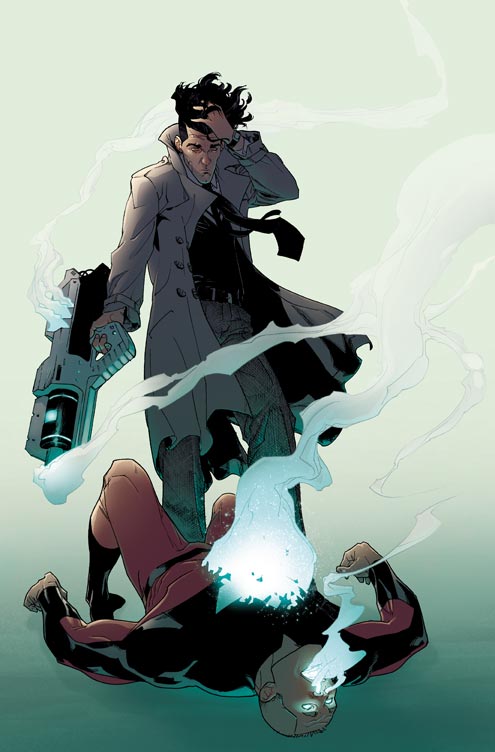 Posted by NolanWoodard at 9:56 PM No comments:

That's it. That's the end of 'Irredeemable'. Very sad to see it go but it's going out on a good note. It's been getting great reviews and even heard about some people saying it's the only comic out this week that matters. Considering how well crafted the ending is I won't give anything away. Who wins? Quibit? Plutonian? Modeus? But if you've ever considered yourself a comic book reader then it'll be you that wins because its ending is talking directly to you.

I have really enjoyed coloring this title over the last six months and pinch-coloring the months before that. It's been wonderful working on both this title and its sister-book 'Incorruptible'. I've got to tip my hat to editor Shannon Watters for being wonderful under-fire and making my run on this title go as smoothly as possible. She's great! I'll miss working with her and coloring 'Irredeemable' but I'm hoping to find new titles this summer to color though it'll be hard to get bigger and better than a Mark Waid book!

But if you've not had enough Mark Waid then you can find more of his writing along with Peter Krause, the original artist on 'Irredeemable', over at Thrillbent.com on 'Insufferable' which I'm coloring! While we may be losing two Waid books were gaining a bad ass, free digital comic. Check it out!

Roll over for original line art by Diego Barreto! 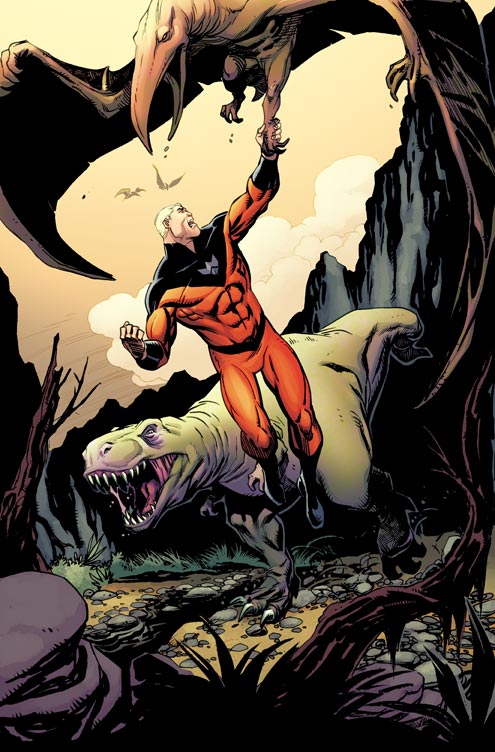 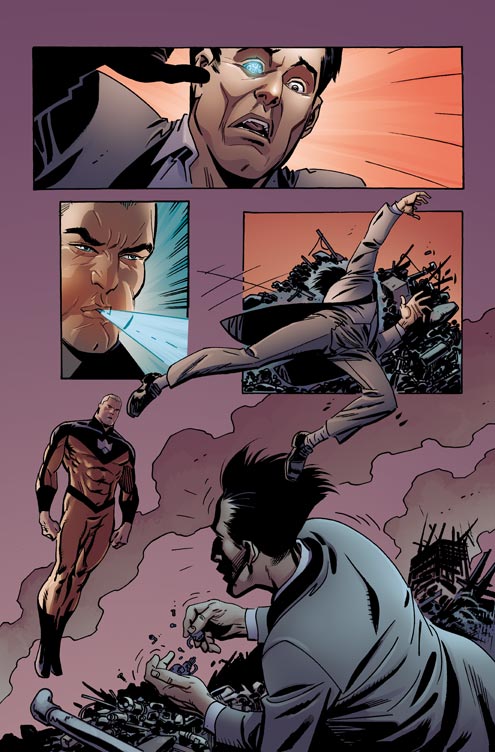 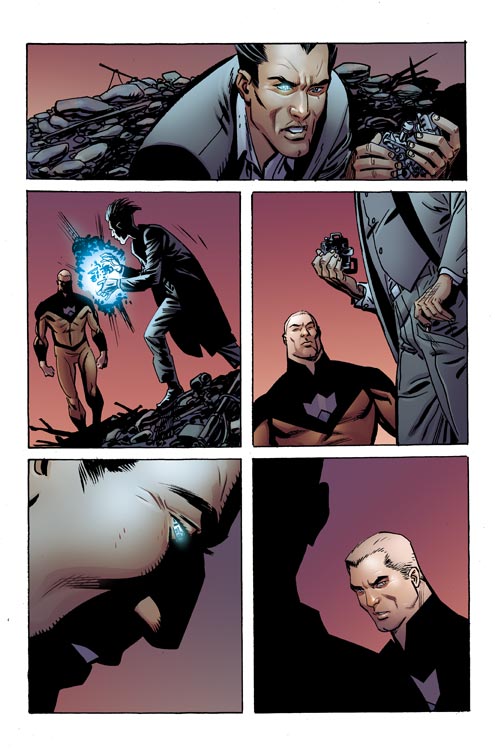 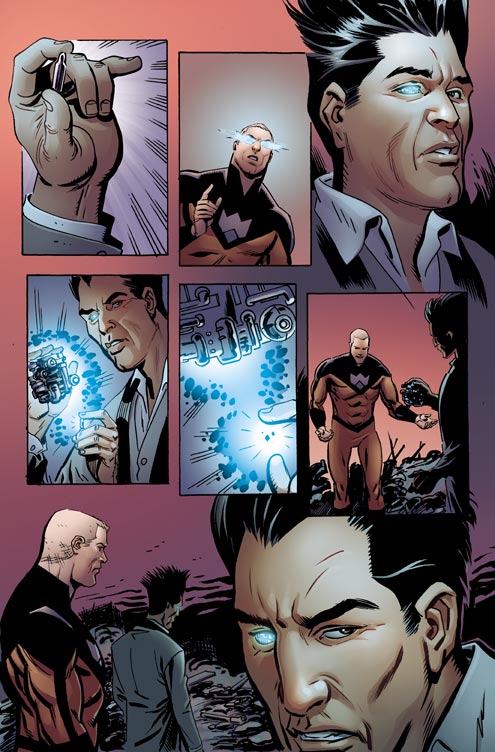 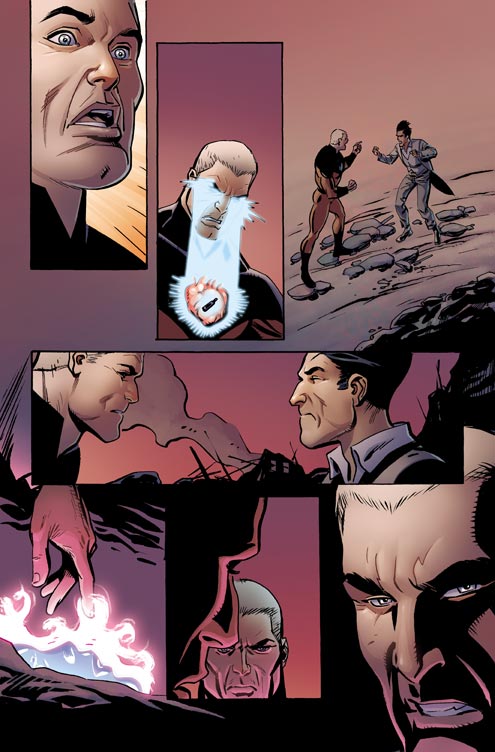 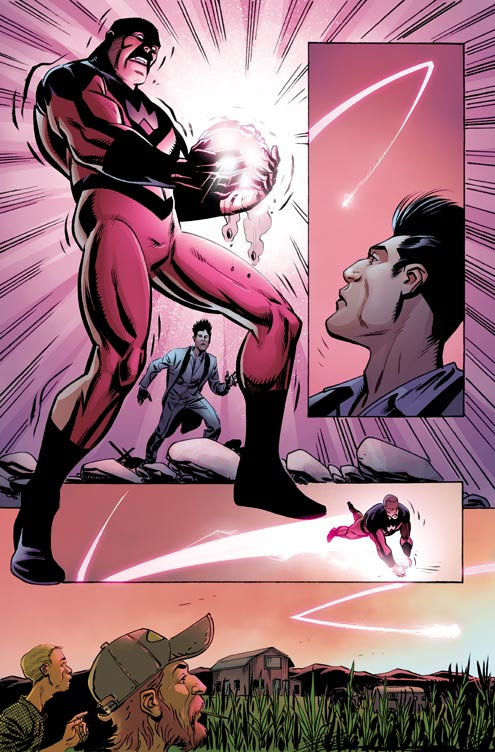 Posted by NolanWoodard at 9:38 PM No comments:

My 20th issue in a row. 20th. That shocks even me. What is more shocking is that this is my favorite of all twenty. I think this issue turned out GORGEOUS! Really proud of this one. At stores now. There is only one issue left after this! 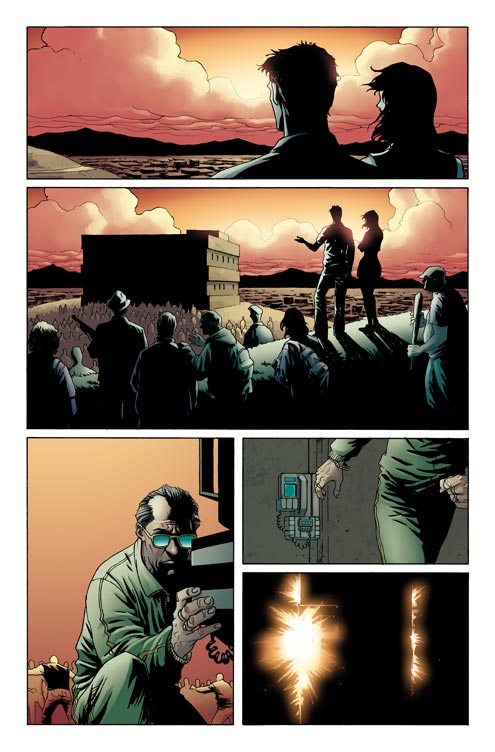 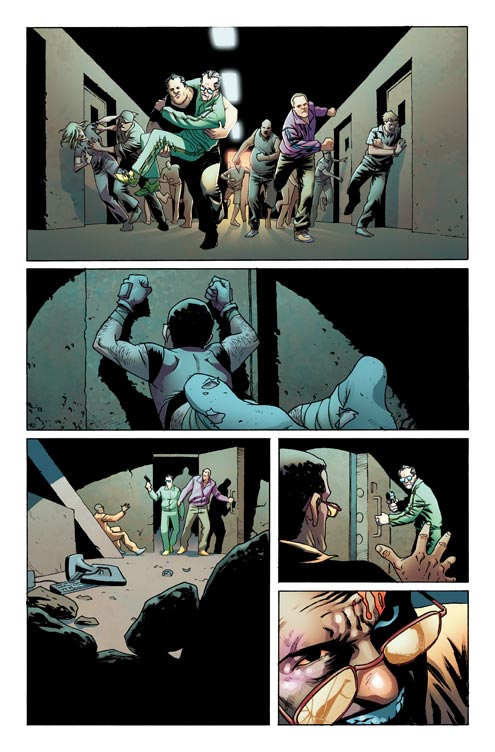 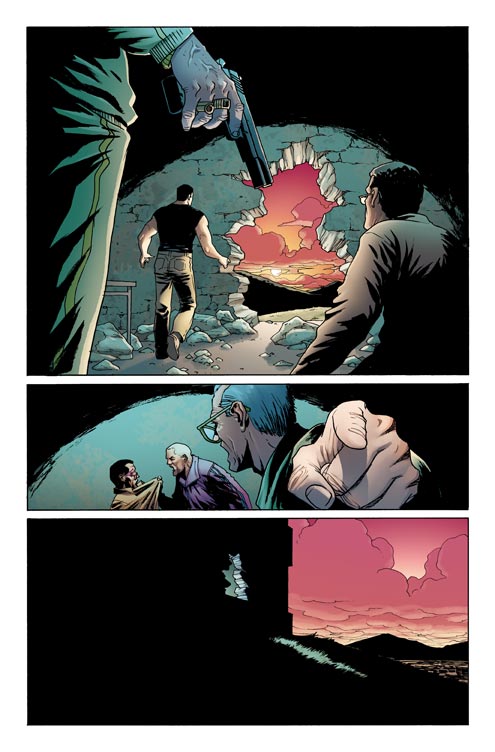 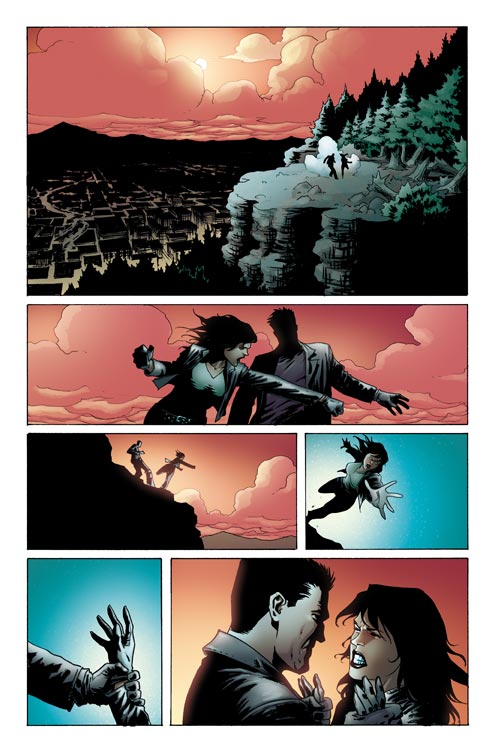 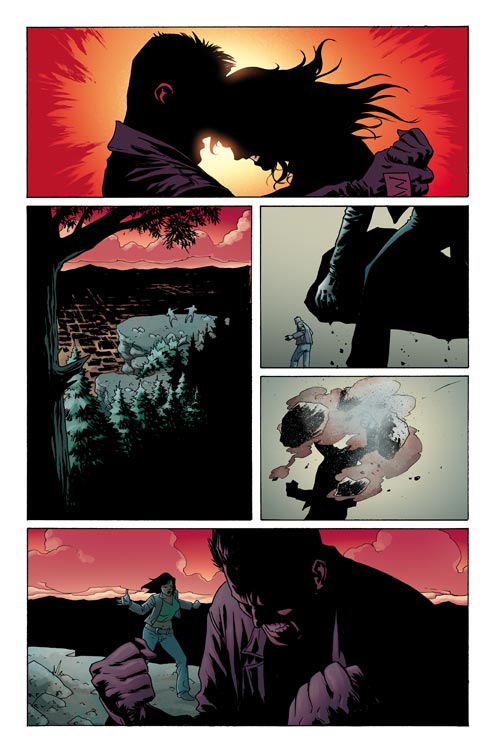 Posted by NolanWoodard at 11:56 AM No comments:

The third installment of "Insufferable" is live and free on THRILLBENT.com now! Things are starting to cook as we see Galahad's version of what took place between he and Nocturnus. This is only an appetizer for things to come! 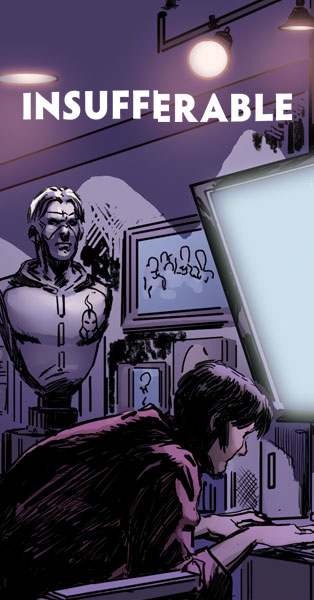 Posted by NolanWoodard at 11:25 AM No comments:

Continuing to color covers for "Planet of the Apes" with this month's release of #14 and I love each one I get to do. Get it at shops now! 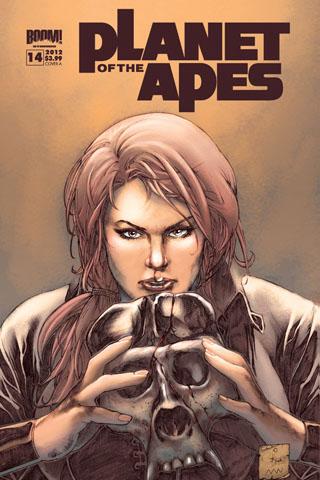 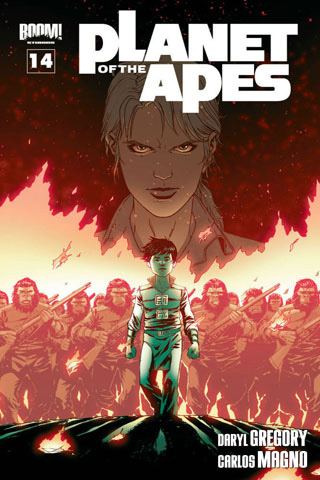 Roll over for original line art by Carlos Magno! 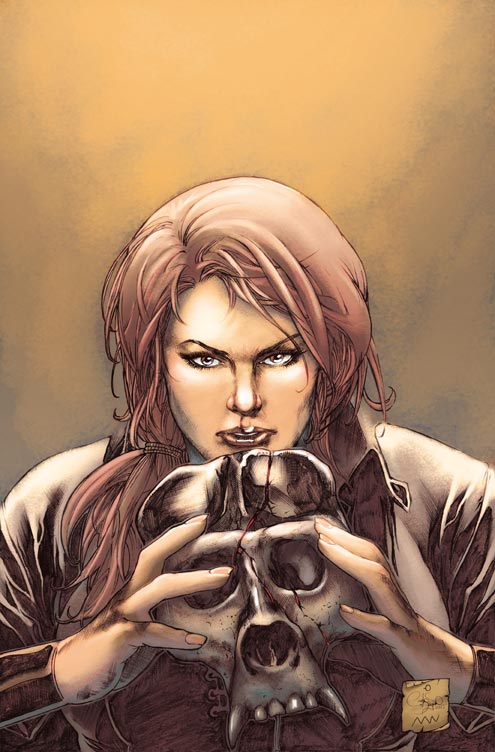 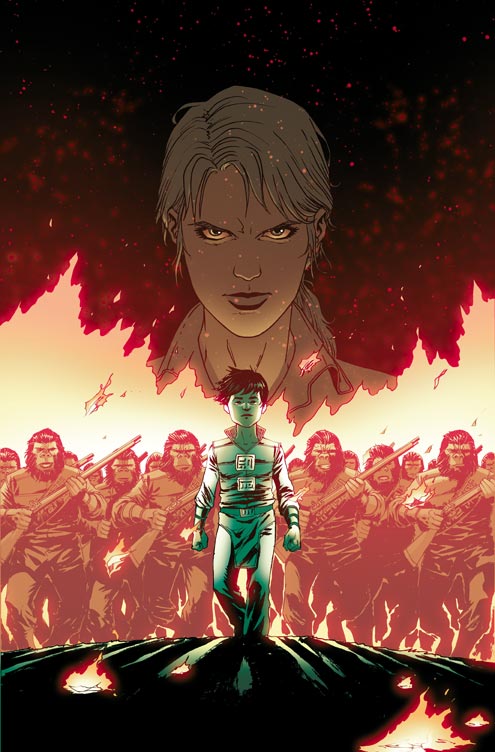 Posted by NolanWoodard at 10:51 AM No comments:

Today's palate-cleanser is brought to you by your friendly-neighborhood-Spider-Man! As drawn and colored by me. Can't wait until this summer when I'll have more time to draw and not just color! 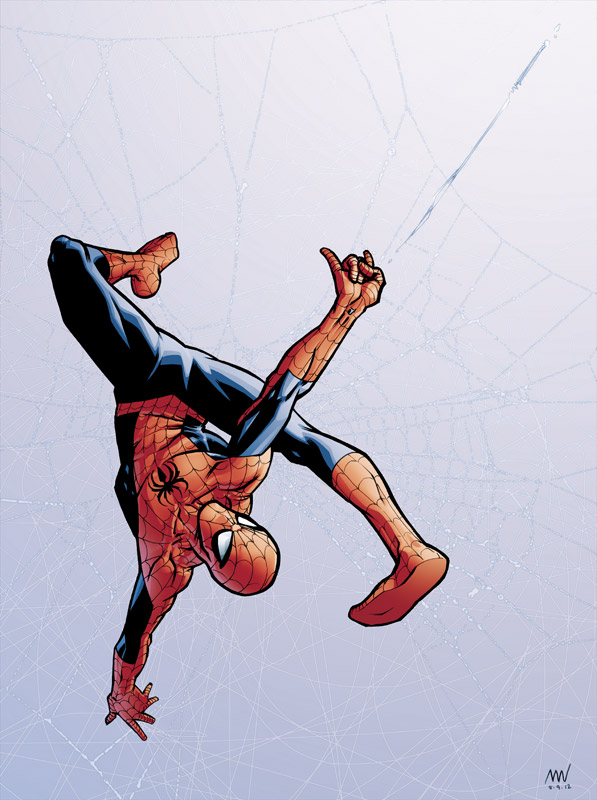 Check out the second installment of "Insufferable" for free on THRILLBENT.com now! This time we get a little back story behind the relationship of Nocturnus and Galahad. We have barely begun! 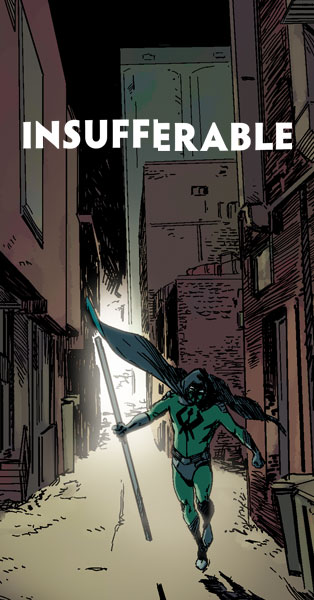 Posted by NolanWoodard at 5:01 PM No comments:

Drew this awhile back but updated the color ever so slightly. Have a good one! 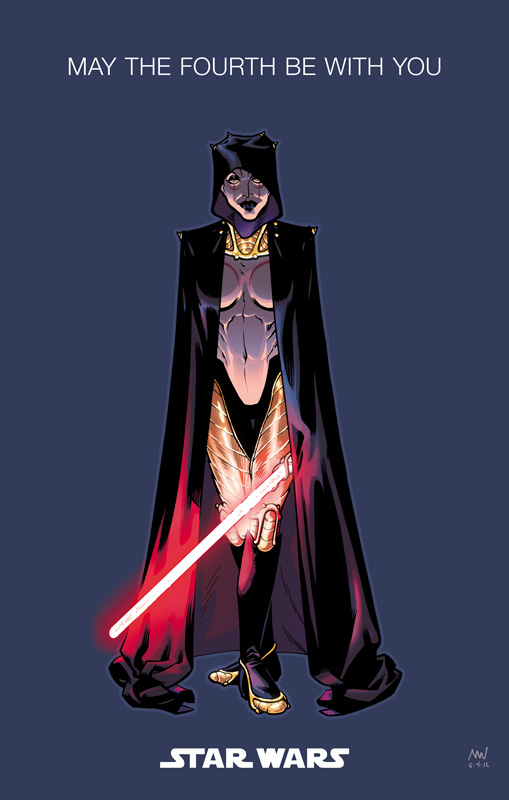 Posted by NolanWoodard at 12:30 AM No comments:

THRILLBENT.com is live and you can read the first installment of 'Insufferable' for free right now! Written by Mark Waid, line art by Peter Krause, color by me, and lettering by Troy Peteri. 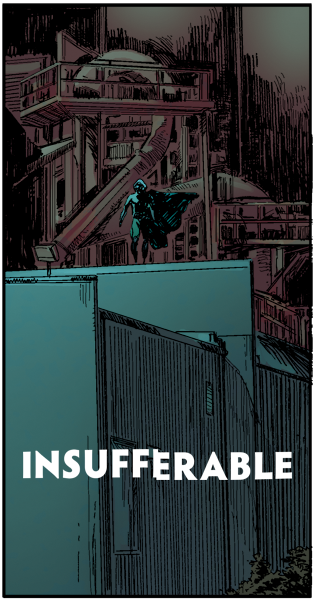 Posted by NolanWoodard at 11:44 AM No comments: