I've posted about this before. Every Friday the entire Sequential Art department (or as many as possible) get together for something we've come to call The Temple of Cartoon Mojo! Every Friday Shawn Crystal and I determine a sketch challenge theme. Last week was "Jedi" so, of course, I had to do it. This is my tribute not only to the Temple group but to Shawn himself; the man, the legend, the SEQA-ATL department work horse. Behold, in all his sandal wearing, Guess-jeans-belt-buckle, art-supply-whoring glory: Jedi Master Qui-Gon Shawn! The Force is strong with this one. 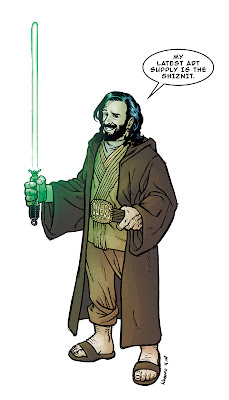 Posted by NolanWoodard at 7:05 PM No comments:

Found out today which of the Nike illustrations I've done have been released so now I can show some of what I've done in the past year! It's all under the "League of Champions" campaign but as it grew and expanded the format and audience also shifted. You can find all of this in my Portfolio > Illustration section.

The first round was targeting little kids (around 4-8 years old) and featured Paul Pierce and LT. (Lebron had one too but it was killed during production.) This job was originally Stan Lee's (yes, that Stan Lee) but he wanted too much money and the campaign wasn't developed enough for what he had planned. Lucky for me a Creative Director at Wieden+Kennedy, where I worked at the time, knew the designers at Nike working on the campaign and they offered it to me. I jumped on it! Originally, it had a sort of "Space Jam" thing going on with aliens. Here are those original comic pages used as box art, posters, and point-of-purchase (POP). 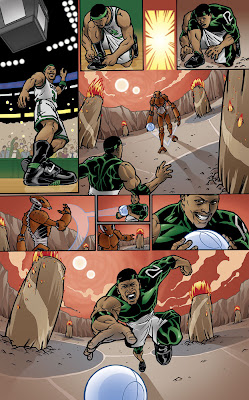 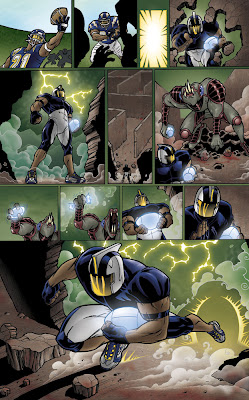 We also created a piece of box art for generic shoes (not tied to an athlete) so that the campaign could still envelope other products and sports.

When the kids went nuts over those pages it was decided to "up-age" the illustrations a bit targeting young teens this time around. The "Space Jam" idea was killed and the storyline was put on the back burner to be developed later. It was also decided to make them illustrations rather than comic pages, dubbed "Battle Cells". So far Robinho's, Pierce's first, and Kobe's have been released. Kobe's was by far the most difficult requiring over twenty different, seemingly random, elements to be incorporated into its layout. 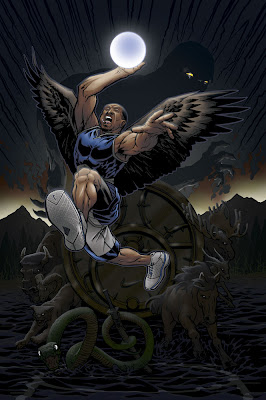 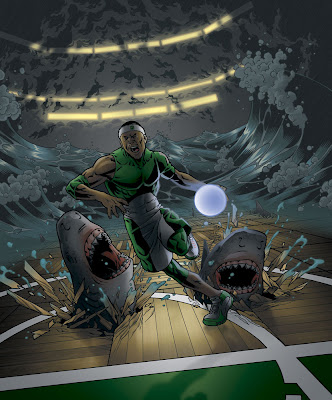 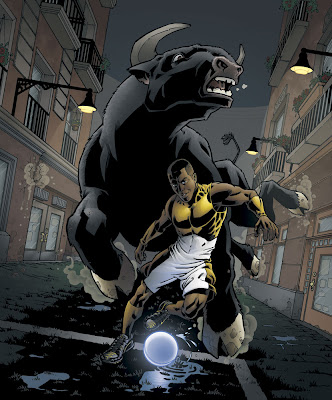 I've just picked up two more Nike illustration jobs for Lebron James. They sound fun and I hope to be able to share them with everyone before year's end!
Posted by NolanWoodard at 12:08 PM 2 comments: