Once again, my favorite comic character: Colossus. After Axel Alonso came by the campus last weekend I've wanted to pitch a Colossus one-shot. His growth as a character is a little stunted especially compared to other ones. I'd like to see his portrayal match that of his age which, even in the dilated comic book time, has got to be mid to late twenties by now. Take him back to his roots, let him reclaim his own identity as a person, not an X-Man. Let him grow and let him live up to his name in more than just appearance. His heart and will are his true powers. More people in his life have died than Batman's! And look at what it did to him! So who is Piotr/Colossus now? More Bourne Identity, less Star Wars. Would love to see/do that for him. High time the character found new footing. 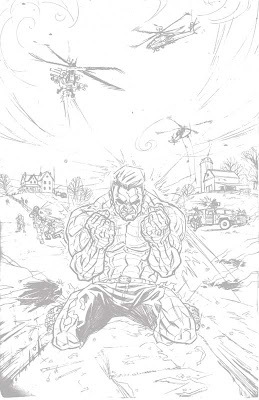 Posted by NolanWoodard at 4:29 PM 2 comments:

This is from SEQA 326 Conceptual Maquette Design class I am teaching. I did the first project along with the students. The job was to create a bust of a pre-existing comic book character. Since Colossus is my all-time favorite I worked on him. Not wanting it to be an "X-Man" maquette I decided to go with the old hammer and sickle to play off him being Russian. I'm pretty happy with it all things considered. Overall I spent about 20 hours on the bust. 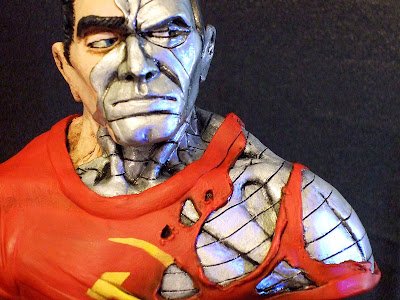 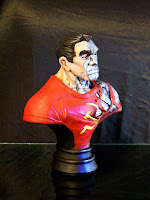 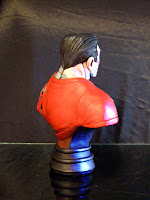 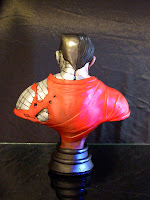 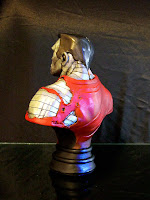 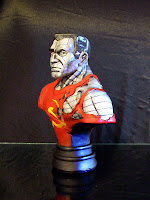 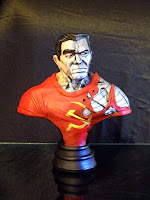 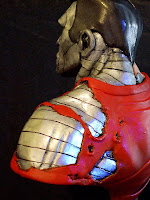 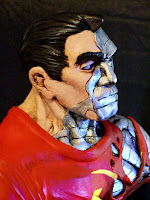 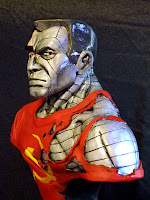 Posted by NolanWoodard at 1:59 PM 3 comments: