I really didn't have all that much time to work on drawings at HEROES. There were so many people interested in going to SCAD that I ended up promoting the college and the ATL campus more than anything else. It was really successful and I had a blast. Looking forward to next year when I have my own table! But I did manage to get two sketches done.

New SCAD-ATL graduate Dominike Stanton wanted to see what Spider-Man looked like from my pen. So here he is. I've decided it's not done. He needs Jack O'Lantern throwing flaming pumpkins at him from the background.

Found out Dick Grayson, the original Robin, is the new Batman now that Bruce Wayne is "dead" and Bruce's son is the new Robin. It's an interesting reversal of personalities in the roles and considered what I'd do with that. As always, I like seeing the gear worn by superheroes and not just a slicked down muscle man costumes.

Email ThisBlogThis!Share to TwitterShare to FacebookShare to Pinterest
labels: sketch

Since school is out for the summer I have done quite a bit of home renovations that I've been wanting to do for my lovely wife. Knowing me, if I didn't do it first thing this summer I'd get caught up in writing "8th Day", thumbnailing a graphic novel for Oni Press, and polishing my computer coloring textbook amongst the other 30 things on my to-do list. Those things just had to be put on the back burner for a few weeks. Now HEROES convention is fast approaching and I need to get some last minute things done for it. One of them is the color for the Colossus splash I did last month. Enjoy! 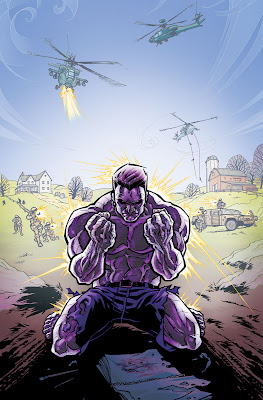 And a detail shot, though still not full resolution. 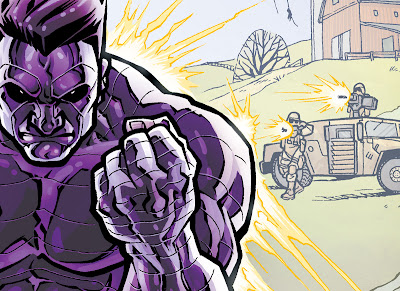 I'll be helping at the SCAD table at HEROES con. If you'll be there come on by and say hello!
Posted by NolanWoodard at 11:52 PM No comments: