Another sketch challenge from the Temple. Alien this time. Great frakkin' movie! I've a wonderful memory of watching this movie with my brothers in Florida when we were little.

I do these full-color sketches around 8x10 at 450-600dpi and am wondering if anyone would want to purchase a print of any of them at conventions. Just curious. 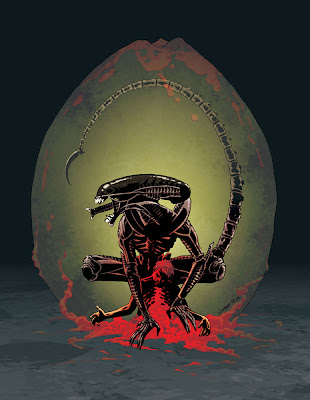 Posted by NolanWoodard at 9:31 PM No comments: 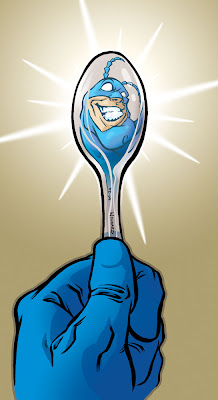 When I lived in Fairfax, VA, growing up (one of the many places) I discovered Robotech one summer while I was looking for something to watch on television. We didn't have cable at the time and I was playing around with the rabbit ears and came across Baltimore 45. The signal baaaarely came in but there was this show on that I had never seen before. It was Robotech: Southern Cross! The rest of the summer every chance I got I would stand there for 30 minutes holding and adjusting the rabbit ears as needed so I could watch. It wasn't until the next year did it come out on the local stations and by then I was reading the novels (which were way better). Anyway, with the live-action movie in pre-production and being nauseous today with a little food poisoning I drew a little picture of Breetai and Gloval from Robotech: Macross to feel better. 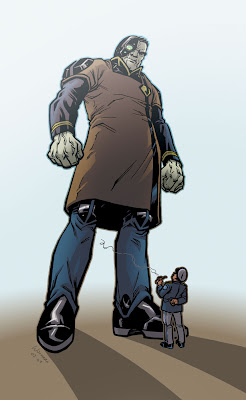 Posted by NolanWoodard at 11:38 PM No comments: 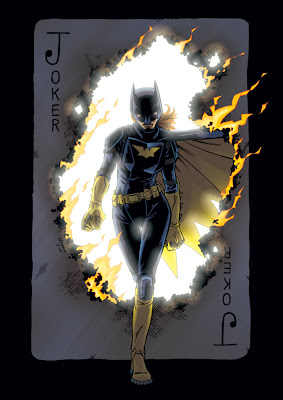 Posted by NolanWoodard at 4:35 PM No comments:

This is the latest sketch challenge on the Temple so I'm trying to keep up like I wanted each week. As with Batman, I want her gear and outfit to be a little more plausible than what's normally in the comics but not so armor oriented as what's in the movie. I think it's completely lame comics "hide" armor on a guy's chest simply by saying as much but a woman is always drawn as if her breasts are simply painted and out for the world to ogle over (which has it's place but not here) so, yes, I gave her a bullet-proof vest with some subtle feminine curve. The gear ended up making her hands with the built in brass knuckles look large but I kinda like the proportions it gave her overall with the helmet. Initially, I had this image of Barbara Gordon crushing a little plastic toy of a joker head (a la Carl's Jr.) under boot but it wasn't working for me. The idea for burning the over-sized Joker card in Batman's cave with Barbara walking through it as Batgirl took off from there. I rather like the different bat-symbol on her vest. Tomorrow I'll color it!

Posted by NolanWoodard at 12:26 AM No comments:

YOUR DAY IS COMING. 8th DAY. 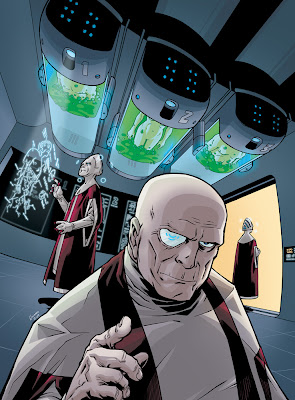 The first of three spot illustrations visually defining the majority of cast and important locations for 8th Day. They'll be collected with a synopsis to pitch for publication.
Posted by NolanWoodard at 12:02 AM 3 comments: